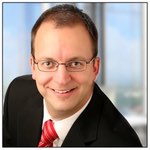 On multiple occasions, I have experienced recently how important it is for me to own what I write. For me, this means that I publish my own website and my own blog (this one). This comes at some cost: I own the domain, I pay for the hosting, there is no advertisement. There is also some non-monetary cost: I keep up with the underlying techniques of static site generators, word-press installations, plugins, etc. I do enjoy it, but the point is, other possibilities exist where the setup is simpler and the cost is less. However in those cases, you don't own what you write.

Coincidently, parallel to the events that I hinted at above and about which I might write in the future, there appeared two relevant related posts on Daring Fireball recently: "Fuck Facebook" and "On Giving a Shit". In these posts, Facebook is used as an example for a closed solution for which users do not pay with money. In those posts, John Gruber

In another funny twist of fate, I had the old episode 90 of The Talk Show from 2012 lined up on my podcast player, where John Gruber and Dan Benjamin talk about these same and other Facebook issues (starting at about 1:10:50):